The free, impartial wellness resource connecting you to the power of choice 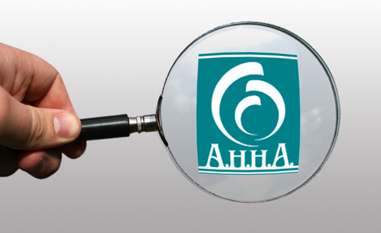 AHHA past, present,
and future

The American Holistic Health Association (AHHA) is the leading national resource connecting people with vital solutions for reaching a higher level of wellness. We want you to enjoy an enhanced quality of life with vitality, enthusiasm, confidence and self-worth.

Creating wellness is an ongoing process. Wherever you are on this path, AHHA (pronounced ah-ha) assists you to become more informed about the many options available in the healthcare arena today. Then, you can explore those that feel appropriate for you and your situation.

The American Holistic Health Association (AHHA) is a trusted online resource dedicated to empowering individuals to enhance their health and quality of life. Addressing the prevalence of lifestyle-related disease and the pervasiveness of misinformation, AHHA serves as a free, impartial clearinghouse for locating resources and articles that deliver options to support active self-care and healthy lifestyle change. Easily accessible 24/7, nationally and globally, AHHA encourages the powerful, whole-person approach to health care that integrates physical, mental, emotional, and spiritual well-being. [updated 2018]

Founding
Outside a hurricane lashed the small New England inn. Inside, the boards of two national holistic medical associations huddled around an easel, filling its pages with ideas on the state of the health field. At this point, in September 1989, they agreed upon the continuation of their mission–to encourage healthcare physicians and practitioners to incorporate holistic principles. They also agreed upon what was missing–a group to educate the general public on the power of the holistic approach. Almost spontaneously, the name American Holistic Health Association emerged. AHHA was born.

The group then turned towards Suzan Walter, president of one of the associations, and Michael Morton, a board trustee, and challenged them to create an independent nonprofit educational association to meet this need.

Suzan felt a very personal commitment. Just two years before, she had witnessed the powerful mind/body connection as it impacted a dear friend dealing with advanced cancer. Surrounded with love and excellent treatment, her friend initially was confident of his recovery and made progress labeled “miraculous” by his physicians. However, after he was influenced by people who believed cancer “always kills,” he lost hope and his treatments were no longer effective.

History
With only an idea and no funds, Suzan and Michael established the American Holistic Health Association within two months of that stormy September day. They outlined AHHA’s mission, goals and organizational structure, set up a line of credit (backed by Suzan’s personal assets), founded the first Board of Directors with educators and healthcare professionals, and officially incorporated AHHA November 27, 1989. Their first educational piece was published in the spring of 1990. This newsletter, AhHa!, focused on self-help and holistic concepts. An issue from the following year won top honors in the prestigious Newsletter Clearinghouse national competition in 1992.

The first AHHA Board of Directors consisted of Michael Morton, PhD (president), Suzan Walter, MBA (secretary/treasurer), Janet Quinn, PhD, RN, Molly Vass, EdD, MA, and James Gordon, MD. Their first decision was to make all AHHA materials available at no charge, thus insuring access to anyone interested. This ambitious plan was based on running the organization with volunteer staff, donated office space, and small contributions from people nationwide. It worked! The Omega Pointe Institute honored AHHA in 1995 with the Power Point Award for “worthy nonprofits that get the most leverage with their funds.”

Through the years, AHHA has developed materials in direct response to the needs of those who contacted the organization. Researching and compiling databases of resources became a top priority. This data was formatted and distributed initially as printed lists and later added to the Internet.

Remembering the promise to educate the public on the holistic philosophy, AHHA developed a booklet, Wellness From Within: The First Step. It not only explains the holistic approach, it also introduces the powerful point that one may improve health through everyday lifestyle choices. AHHA also developed material defining holistic health for numerous publications. In addition, AHHA worked indirectly by guiding reporters of various media to valuable sources for health-related stories.

In response to the public’s interest in self-help, the Let’s Talk Health! monthly lecture series began in 1992. In 1999, AHHA converted the in-person lectures to an online format, sharing similar information via the “Featured Article of the Week” in the AHHA web site.

The early leaders of AHHA chose not to have a promotional budget. They concluded that if what AHHA offered was of great value, then other organizations would want to help spread the word. And they did! One of the early key promotions was when the PBS series Healing and the Mind, hosted by Bill Moyers, acknowledged AHHA in their Viewers and Teachers Guides as a “valuable resource organization.” Through the years, books, magazines, newsletters, television and radio have had a hand in promoting AHHA. The organization also benefited by referrals made from local and national companies, institutions and organizations. AHHA received wide exposure through a promotional page in The American Holistic Health Association Complete Guide to Alternative Medicine by William Collinge, PhD (Warner Books). And in 1996 HealthWorld Online generously created an AHHA web site. Today HealthWorld Online continues to provide the server space as a gift to AHHA. AHHA president, Suzan Walter, learned html, assumed the webmaster responsibilities, and totally revised the site. In 2007 AHHA consulted with marketing, graphic arts, and programming talent, and totally revamped the appearance and functioning of the site accessible at ahha.org.

In 2011 AHHA got active with the social media movement. Then, we add an AHHA blog at AHHAblog.org, plus AHHA Facebook and Twitter pages. In late 2015 we updated ahha.org and incorporated the blog.

Today
Having achieved the 32 year milestone, AHHA has earned an impeccable national reputation, and operates with the contribution support going to help people help themselves.

We are honored to introduce you to the following individuals who are currently serving on our Boards.

With nothing to “sell,” AHHA has the unique opportunity to be a neutral clearing house for assisting individuals to locate resources they need to enhance their own health and well-being. Honoring all healing traditions and having no affiliation with any product or service, AHHA can loyally serve the individual seeking assistance. Linking people is a subtle but powerful service. The staff maintains its unyielding zeal fired by AHHA’s tangible networking successes. A young woman with a rare condition discovered a little-known treatment. A couple, told they could not have children, now holds their newborn. A grandmother, offered no hope from her physician, found an alternative therapy that cured her condition.

The demand for the impressive free AHHA resource lists keeps growing as more and more people are waking up to the importance of self-responsibility for the quality of their health. The AHHA web site at ahha.org averages about 3,000 users each week. AHHA is constantly expanding and enhancing the lists and articles available. As AHHA identifies new “voids” in resources, the organization will continue to work towards filling them.

Future
The AHHA Vision For America is people choosing healthy lifestyles that create vibrant wellness and an enhanced quality of life. Until this vision is universally realized, AHHA will continue to provide a wide variety of wellness resources that empower the general public to more confidently and effectively make their personal healthcare decisions.

The above was adapted from materials created by AHHA for the Orange County at the year 2000: A profile of Today for the People of Tomorrow© project; Sponsored by the Orange County Business Council; Compiled by Elson-Alexandre, 6571 Altura Blvd., Buena Park, CA 90620, (714) 523-8800, and is used with their permission.